Home » The Sea » Encouraging camaraderie and a sense of belonging

Encouraging camaraderie and a sense of belonging

Onshore there’s a great deal of reliable data confirming the benefits of a stable work environment with limited turnover of staff. At sea, however, it has taken much longer for the idea to take hold that stable crewing might actually be safer, more efficient and effective, offer cost savings, and, crucially, help to improve the well- being and cohesiveness of crews.

The Effective Crew Project, led by Solent University, reached its conclusions towards the end of last year and shed new light on the benefits of stable versus fluid crewing within the shipping industry.

Dr Kate Pike led the cross- disciplinary team that undertook the research. Speaking to The Sea, she explains that one of the most significant findings of the project was the importance of developing good work relations on board through individuals returning to the same vessel for more than one voyage.

“This had so many benefits for the well-being of the crew – both their physical and mental health – and the impact that then had on safety on board. These benefits also had a knock-on effect on improved cost benefits over time.” The significance of the impact that leadership could have on board was also made very clear by the study.

Senior officers, particularly the Master, have significant influence over the onboard culture and were often the difference between the crew experiencing a good or bad voyage, Dr Pike adds. Those senior officers who lead well are responsible for setting a ‘good’ onboard culture that promotes a vested interest in the vessel and those that sail on it.

“Leadership is fundamental to any crewing strategy working well or not. If there is good leadership, a better reporting culture can be established when incidents occur. This is vital in terms of safety and for crew to be confident enough to speak up when things are going wrong, or to voice concern before things go wrong.”

From the research’s findings, Dr Pike says she would recommend stable crewing, but with the caveat that it would not work for all companies or even for all vessels within one fleet. She gives the example of a company going through a rapid expansion, where a stable crewing strategy is less likely to work as there will be new people joining all the time and stability would be difficult. The same is true if a company is shrinking. 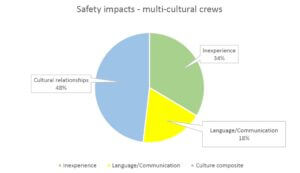 “What does work well in these situations is a manning pool, where companies employ individuals and then rotate them around their own fleet,” she adds. “This means that benefits of crew familiarity can still exist to some extent and that the crew can also learn from being on different vessels.”

Since its publication, there has been great interest in the Effective Crew Project findings, partly because companies can see there are potential savings to be made. However, points out Dr Pike, financial gains should not be viewed in isolation: “Other areas where the research has shown clear benefits are around the crew’s improved well-being and improved safety aspects for individuals as well as in terms of the vessel itself.” 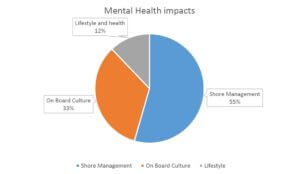 But companies need to help themselves before they can gain from stable crewing strategies. Reliable and consistent data is needed to inform crewing strategies, and this is currently in short supply. And even when consistent data is available, unexpected events, such as unscheduled maintenance and time in dry dock, can impact the statistics and make for unreliable data. Dr Pike stresses the importance of consistent data and reliable metrics to evaluate the success of particular crewing strategies over time. “Companies that change strategies really need to understand whether this has been a valuable exercise and why that is the case. Without this understanding it is difficult to accurately measure cost savings,” she concludes.

The Effective Crew Project report can be found at www.solent.ac.uk/ effective-crew. Dr Kate Pike is Associate Professor Emeritus at Solent University and Director of Field-Research, a company specialising in maritime research.