I am in Australia, my first major trip overseas since COVID-19 struck.

Amongst much of note so far was being at Heathrow Airport at 11 am on Remembrance Sunday. It was very busy, but suddenly the airport was utterly hushed. Everything and everybody was stilled. It is hard to believe that a place like that could have a silence as profound as that. Even planes on the ground stopped their taxiing and for two minutes there were no takeoffs or landings. It was extraordinarily and surprisingly moving and underlined the nourishing value of taking time out to think, to pray and to reflect.

It was a memorable start to my current visit which takes in eight enormously diverse ports as well as a major ecumenical maritime ministry conference in Sydney. As I write, I am still in the early days of my time here. I spent the first day with Dennis, Jimmy, and their team (and supporters) at the excellent MtS Fremantle where life is just beginning to return to something approaching what it was pre-COVID. New rules from the Australian maritime authorities have made it compulsory to allow shore leave, although that does not mean seafarers will necessarily opt for it, or that Captains or companies will not quietly discourage. However, things are opening up at last and there was a healthy crew presence at the Centre. Freemantle runs an extensive transport operation, and indeed last week drove 7.5 hours each way to the port of Esperance, to deliver on-signers and return off-signers who had had problems with alternative transport.

From Freemantle, I travelled to Port Hedland and Dampier. These are way up north in the remote Pilbara region, an extraordinary rugged and red-blooded kind of a place, from which radiate a series of roads and railways serving many mines – iron ore, salt, and lithium. The trains, or racks as I believe they are called here, are made up of over 130 cars, sometimes double that. One company in one single port had 11,000 wagons being unloaded in just one day. These are incredible operations to watch, and these are the biggest iron ore exporting ports in the world. Most of the trade is with China. That means around 14 days’ travel each way plus anchorage time. Seafarers are arriving at these very remote places, into dusty and industrialised ports, after long voyages. The need levels are very significant. The welcome and facilities provided by our Centres, transport operations, chaplains and ship visitors are incredibly important. MtS teams here work in strong and supportive collaboration with port authorities and mining companies, as well as with local communities and churches, and this reality was very evident. A unity of understanding and commitment to seafarer well-being was very clear.

The Centres here, like Fremantle, are also beginning to see tentative signs of reopening. Both have vital and excellent shops. Support with crew change is also important. On the day I was there, the Centre in Port Hedland was bussing significant numbers of seafarers from the airport, bringing them to the Centre to await ship joining. I had a noisy and informative conversation with a whole bunch of them. How I have missed this during the pandemic! One seafarer, much to the annoyance of many of his colleagues, was complaining that nine-month contracts were too short! He wanted two years! Really? I was reminded that you will always find more than one perspective, albeit I do not believe this one to be healthy, humane, or honouring of family life (a view shared by his fellow crew).

One feature of both Port Hedland and Dampier ports is that both run port tours for visitors. In Port Hedland, they do this using launches. These launches also collect seafarers from the ships during the same runs (their sole access to the Centre and community), allowing tourists to meet crews in person. In Dampier, they do this by vehicle. In both cases, they do this without negating from their seafarer work. Indeed, both tour operations connect people effectively with seafarers, making them more visible, as well as with the work of the Mission. At the same time, such tours are a very productive income stream in support of core ministry.

Another feature of both places is the quality and extent of shops and stock in both local Centres – especially important in such remote places and a tribute to the teams who operate them. These teams also continue to deliver shopping to ships on request, something which has become an MtS staple over the recent pandemic years.

Of special interest to me was our visit to Port Walcott. This is a truly remote port, again focused on iron ore, with ships berthing at the end of enormous piers, and yet another place where seafarers desperately need a welcome, potentially access to shopping and other community facilities, and on-board chaplaincy support. A measure of support is already provided from Dampier (an hour’s drive), but the team there has only limited time. It has been an aspiration for some time to add in enhanced chaplaincy, transport support and possibly some sort of Centre in the small township about five miles away. Productive talks are ongoing, and this could be an exciting development to look forward to in the coming months. I certainly hope and pray so.

So, once again, returning to the front line of the maritime ministry has been inspiring. It has been a reminder of the wonderful nature of so much of our work, the commitment and compassion of our teams, the challenges of the times, the enormous opportunities for creative development, the generosity and kindness of our corporate partners, the breadth and diversity of our supporters and – above all – the heroism and humanity of those we serve. Tomorrow, it is on to the east coast where I will see more to stir my imagination and, no doubt, my pride in our work. 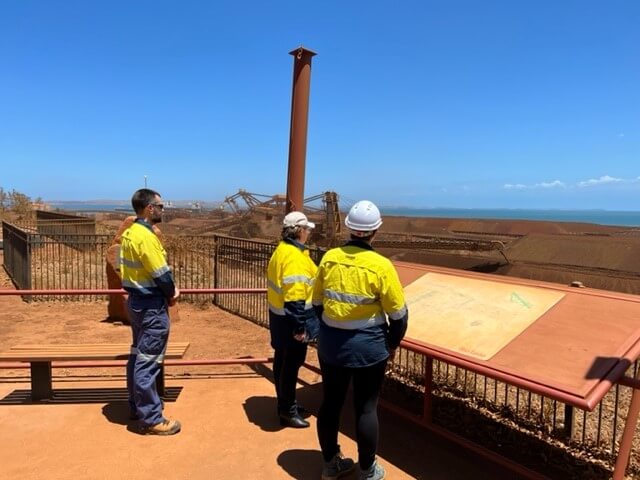 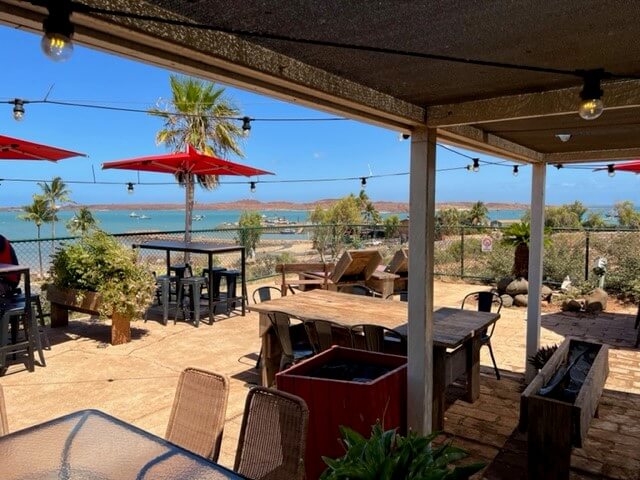 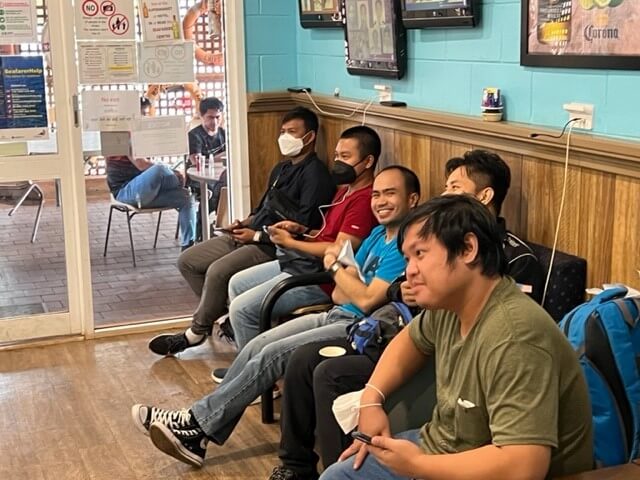 A selection of reports from a fraction of the 200+ ports across 50 countries tha...