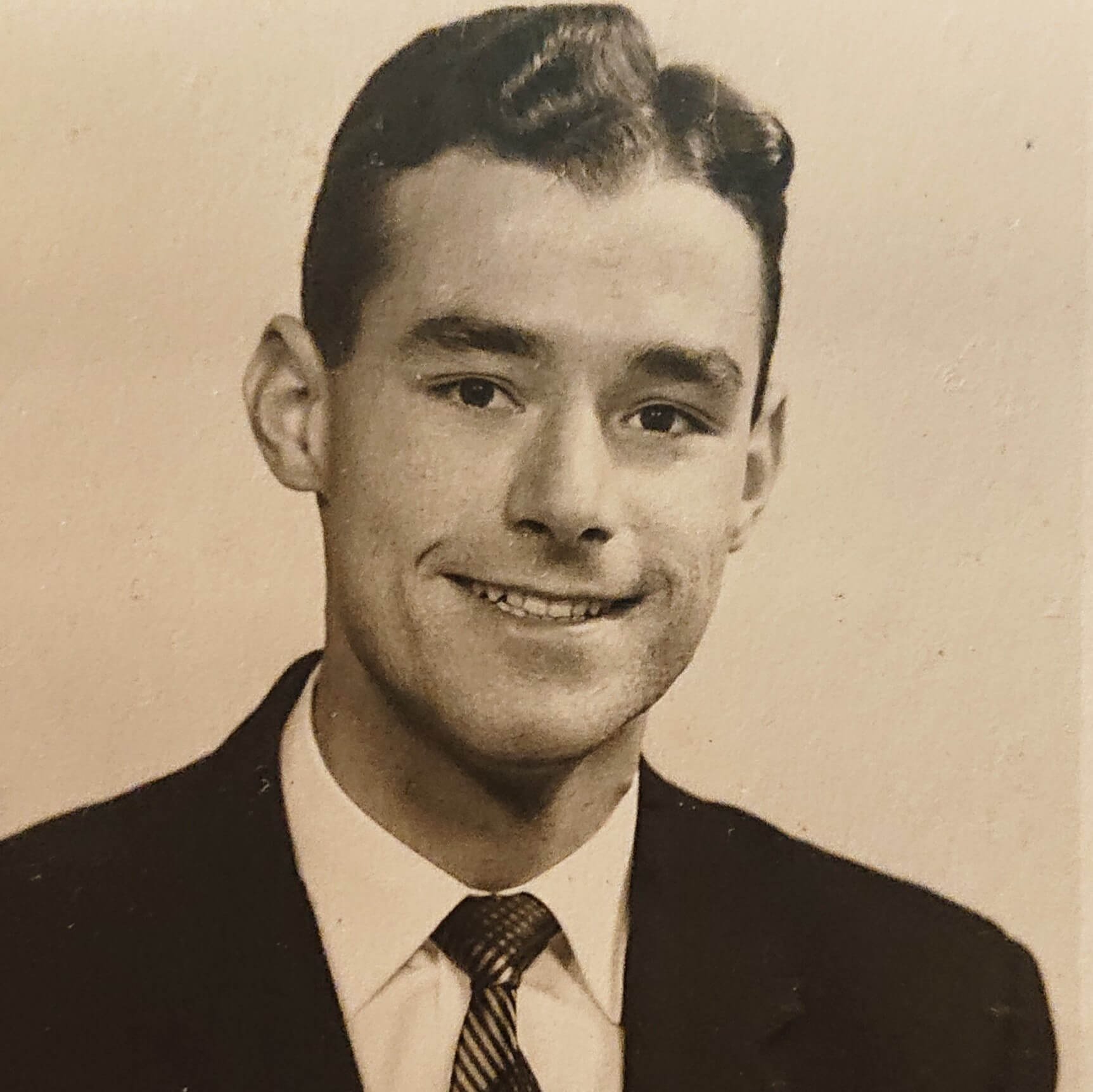 Gordon Clark joined the Merchant Navy as a ‘Marconi Man’ at the age of 19, after gaining his Radio Officer certificate from Colwyn Bay College, North Wales, on 29 May 1959.

In service, he travelled around the world with all types of cargo on the following ships: S.S. Windsor, The Afghanistan, S.S. South Africa Star, M.V. Matupi, Rhodesia Star, M.V. Betwa, Cape Nelson and M.S. Glaisdale.

Gordon was the kind of person we all want in a friend. He was supportive, patient, straight-talking, entertaining, and incredibly disciplined. He discharged from the Merchant Navy with a good record in 1964, and always stayed connected with his friends from this time.

He continued his communication skills as a computer salesman for Ranx Xerox and then IBM Computer Systems, retiring in 2003.

Gordon was happily married for 51 years to his devoted wife, Janet, with three children: Rachel, Maria and Rupert.

He was also passionate about anything automated, in particular, Jaguar and Lancia marques. His other hobbies included golf and Ceroc dancing.

Gordon died at the age of 80 from cancer. He is loved and very missed by his family, his six grandchildren: Alice, Tilly, William, Freddie, Laurence and Imogen, his sister, Sheila and cousin Roger, his many nieces, nephews, and the many friends he made in life.