Home » News » How is the Mission supporting seafarers during the coronavirus crisis?

How is the Mission supporting seafarers during the coronavirus crisis?

In light of these challenging times, we want to celebrate and salute some of the heroes of the hour – seafarers and those who support them. We will be sharing some of the encounters we’ve had with them and highlighting the impact that has had – big or small.

We are still assisting seafarers that need help through digital chaplaincy which enables us to contact them in need via social media/internet. We are buying things from the city, and bringing it back to seafarers on board ships.

We received an email from the captain of a ship in port who asked us to buy some cup noodles for him and his crew as they were not allowed to go ashore due to restrictions. On March 23rd, we were able to buy the noodles and deliver it to the ship. The Captain and his crew were thankful that we were able to meet this need.

Monday morning in a changed world. Anne Marie and Ruth, helped by Jasmine, make up parcels of toiletries – and the odd bar of chocolate – and put them safely with warm clothes for seafarers. We do NOT wish to compromise the safety and biosecurity of any seafarer. We are also safeguarding our team, who all act voluntarily, and we must respect and protect them and their families. If we hear via the ship’s agent, that we can be of assistance, we will work very sensitively and diplomatically to effect safe onward transmission. We are grateful for Captain Paul Brooks and Captain Chris Stocks of PD Teesport, for all their support.

On Sunday, I had a call from a Chief Engineer who wanted some top-ups for his crew. There was no gangway and the Able Bodied Seaman on deck didn’t want the shoreside access putting on. Instead, he got some rope and a bucket and made a pully system which we used to pass sim cards and money across!  That was a first for me, but it worked.  This morning I received a lovely message from the Chief Engineer thanking us for our support, describing us as ‘awesome’.  It is messages like these that remind me of why we do what we do and that what we do matters!

With restrictions getting tighter, the team in Cyprus are dropping care boxes to the bottom of the gangways for our crews. “It’s only something small, but it shows that someone is thinking of them,” says Port Chaplain Ken.

Having gone into lockdown as of 6 pm on Tuesday, Ken was able to obtain high authoritative permission from both the Archbishop and Minister of Shipping to travel to Limassol and deliver these care packages to ships.

We celebrated Valentine’s Day with seafarers and prepared small gifts for them. Port chaplain Monica took some sweets onboards ships as well. Seafarers seemed to enjoy it very much, though we were not able to give them big and fancy gifts. We tried to share small things with them because we knew it would bring a smile to their faces, even if it’s for a short time.

We were contacted by a shipping agent to be part of the visiting team from the port authority, immigration, quarantine health department to check conditions of crew and passengers aboard a cruise ship.

After speaking with the crew ambassador, we were made aware of the need for sim cards and top-up cards, as the crew did not know whether they would be granted shore leave to make these purchases themselves. We contacted local suppliers who were able to provide the international sim cards for the crew.

All were very thankful for the assistance and visit and were in good health. Following satisfactory health checks, both crew and passengers were permitted to go ashore.

The Lyttelton Port Company (LPC) and Vodafone NZ have supplied the Lyttelton Seafarers’ Centre with six mobile wifi units for seafarers to use while in lockdown on their ships.

“Normally, seafarers come to our Seafarers’ Centre to connect to our free wifi,” says the Revd John
McLister, the Mission to Seafarers’ chaplain in Lyttelton. “But under the current Covid-19
restrictions they can’t take shore leave.”

Because most ships do not have wifi capability, many seafarers have been cut off from contacting
home. “It’s hard to imagine not being able to talk to your wife and kids, not being able to watch
Netflix, go for a walk, or go to the supermarket during lockdown,” says Mr McLister.

“With these mobile wifi units, seafarers can connect again to the outside world. There will be a lot of
worried families very happy to hear the phone ring.”

Below are a few of the images that accompany the accounts above. 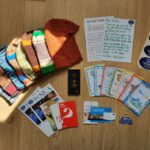 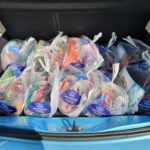 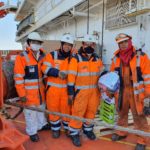 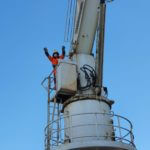 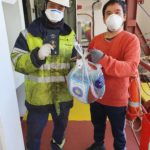 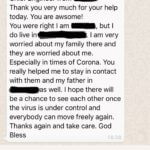 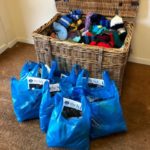 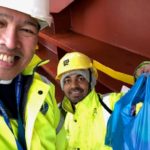 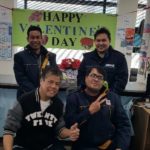 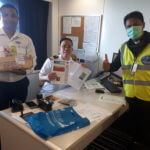 I write this piece in the immediate aftermath of a video call with our team in t...